Fo-Ti is  a well known Chinese herb in traditional Chinese medicine.  It is thought to help with hair growth or to slow down hair loss.

{snippet adszooleft} I think it helps strengthen the hair, which would cause less of it to break.  Thus, making it “longer” over time as the new hair grows.  Fo-Ti is also thought to slow (or sometimes reverse) the graying of hair.

When using Fo Ti, I STRONGLY suggest you do a patch test on your inner arm.  Just make a tiny amount of tea and dab a little on a cotton ball.  Tape (or bandage) that cotton ball to the inside of your arm or some other nonvisible body part for 24 hours. After 24 hours test to see if you had an allergic reaction to it.  It can cause problems with some people.

Fo-Ti root is either “processed”(cured) or unprocessed.  White Fo-Ti is unprocessed root.  Black Fo-Ti has been “cured” in black bean water which increases its level of phosphates.

I do not use FoTi internally, so I cannot recommend it. Internally, Fo-Ti root stimulates the adrenal gland and helps to detoxify the body.   Traditionally, its been thought to treat high blood pressure, inflammation of the lymph nodes, constipation, and fatigue.  It is often taken to lower cholesterol and strengthen the kidneys and liver.

However, there are some reports online that unprocessed Fo Ti, when ingested (taken internally), can cause liver problems if taken in higher doses.  Again, I don’t use Fo Ti internally anyway so I can’t recommend it.

Fo-Ti is high in Vitamin E and B-Complex vitamins, according to online sources.

There’s an entire history around Fo-Ti root.  The mythology  (?) centers around an old Chinese man with white hair named Mr. He.  He allegedly became lost in the forest (or exiled depending on which source you’ve read).  Anyway, he allegedly only ate the root of a common plant (fo ti).  Years later when he was reunited with his tribe, he had black hair again.

When you get Fo-Ti root from Mountainroseherbs.com, which is where I purchased mine, it’ll come chopped up in smaller pieces.  Its a root, so the best way to make a tea is the decoction method where you place the root directly into water and let it boil down on low.

You’ll find this ingredient or extract as part of a  lot of hair growth formulas and pills.

Not Your Mother’s Way To Grow Long & Strong Conditioner 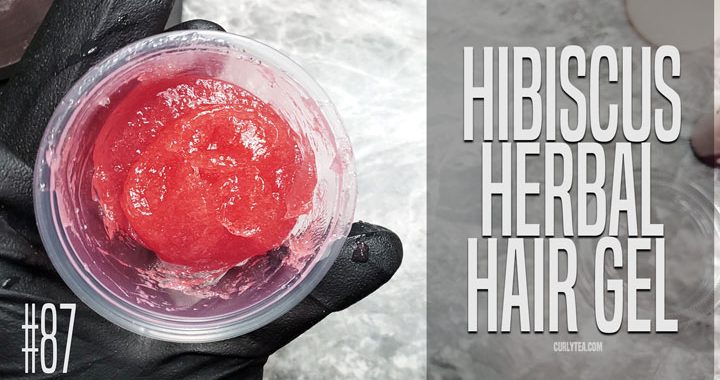