Sorbitol is used as a humectant and is derived from a sugar solution called dextrose which originates from wheat.  It consists of D-mannitol and D-glucitol.  It’s supposed to be very easy to use and comes in powder form.

Sorbitol is said to stabilize gels and help with keeping them clear.  On top of that, it’s supposed to add conditioning and smoothing properties to the recipe.  It also helps to prevent moisture loss, according to the information online.

According to the datasheet provided by MakingCosmetics.com, sorbitol also helps with increasing the viscosity and texture of a mix.

It can be used at up to 50% in your DIY recipes, according to the data.  But I think that may be for special products like softening gels or something.   I don’t know! lol!  I wouldn’t use it at 50% starting out though.

It’s frequently used in gel products, too, to add some humectant properties to gels, aftershaves, lotions, shampoos and other personal care products.  You can use it the same way you use glycerin.

Because of it’s sweet taste, the food grade version of sorbitol is also used in toothpastes and mouthwashes.

Sorbitol lasts for 2 years, according to the literature, so don’t think you’ll have to rush to use it all before it expires.  As long as it’s taken care of and kept in a dry cool place, the ingredient itself should last 2 years from the production (manufacturing) date.

I also bought a small bottle of the big, bad Triethanolamine (TEA). I know, I know.  But I wanted to do some tests and find a good gel recipe.

Triethanolamine is a weak base with a pH of 10-11.  It’s used to raise the pH of the mix so that gel can form.  Gels which are made with non-natural ingredients are very pH sensitive: if the pH is too low, it won’t form a gel.

TEA is simply used to raise the pH level of a mix.  For example, if you make something with Aloe Vera, Apple Cider Vinegar, and pectin, and you find the pH is entirely too low for your emulsifier/preservative/polymer to work correctly,  you’re supposed to be able to add a few drops of  TEA to raise the pH of the mix to a usable level.

I know for me when I used to try to formulate with Sodium Carbomer (pre-neutralized carbomer), almost anything I added aside from water would cause the gel is turn back into a liquid.  That’s a sign the pH isn’t high enough.

It’s recommended in recipes using a polymer like carbomer, along with film-formers. It’ll thicken up nicely instead of staying a liquid.

This is not an ingredient you’d use if you wanted to make an all-natural product.  TEA is produced when ethylene oxide reacts with ammonia. Yikes!  But in most products, it’s not used in a high enough percentage to cause terrible problems.

Basically, if you’ve used any non-natural commercial gels before, you’ve probably already used a product with TEA in it.

I don’t plan on stopping my testing of natural gels though, but it’s nice to experiment a little. 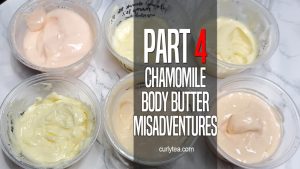 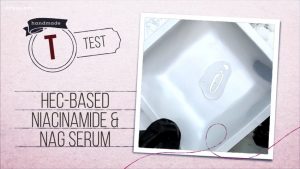 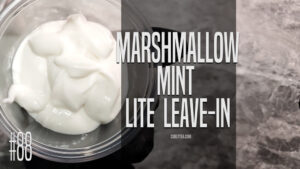 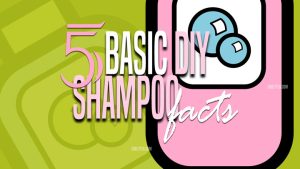 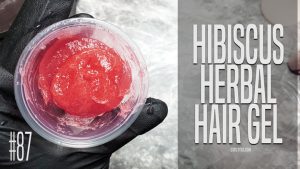